Human beings began to use Scale before 5000 BC. Scale is a common weighing instrument in our chemical experiments and the symbol of Libra. Scale tattoo is a very small type of tattoo theme. It is suitable for tattoo lovers of any age and gender. It is usually placed on the arms, back and other parts, but most of the people who choose Scale are men. Because of its long history, it has its presence in all kinds of cultures in the world.

There are two different theories in the world. One is that the Scale was invented by humans before 1500 BC, while the other is that people began to use the Scale before 5000 BC. According to the papyrus records of ancient Greece and Rome, the Scale was born in ancient Egypt. Although the workmanship was not as exquisite as it is now, it already had the prototype of modern Scale at that time.

Although the Scale is not the mainstream tattoo theme, the Scale tattoo also has many different symbolic meanings because of its ancient age and legends. In astrological culture, Scale is the symbol of Libra. In ancient Greek mythology, Scale is held by Themis, the goddess of law, and used it to make correct judgments and decisions for all disputes. It is a symbol of fairness and justice. 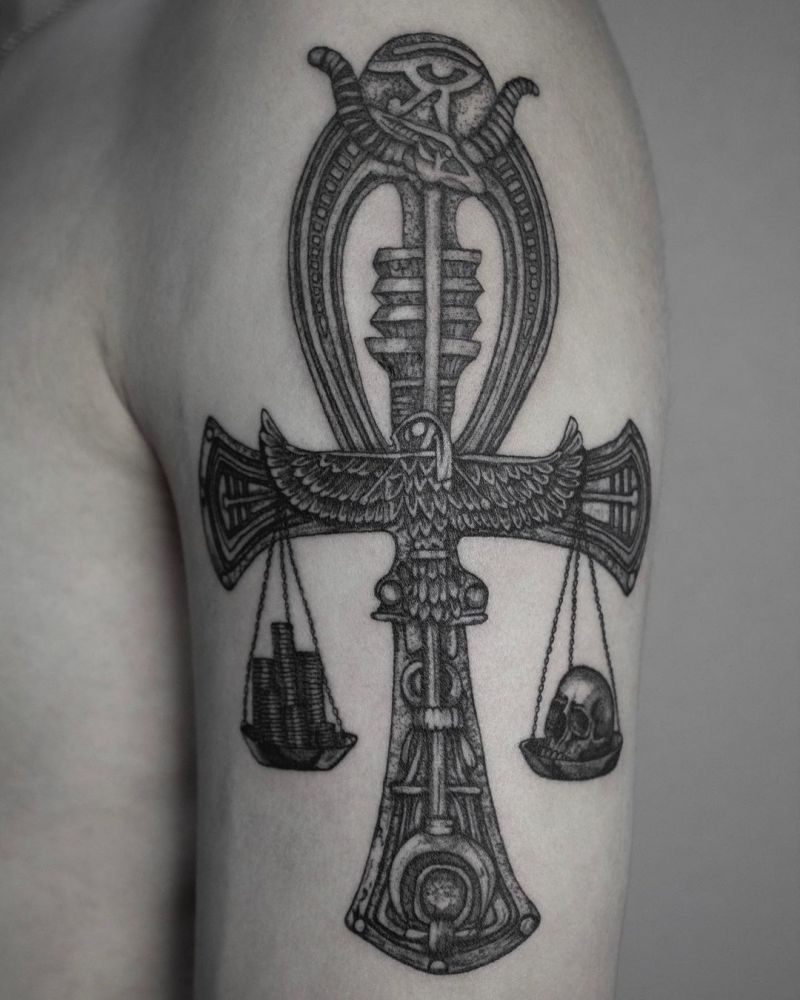