Among the more popular tattoo patterns, scorpion has always been a favorite pattern for many people. In some traditional tribes in Africa, the Middle East and Southeast Asia, you can basically find scorpion tattoos where you can find them. In the eyes of most tribal peoples, scorpion tattoos are a kind of amulet and a kind of thing to ward off evil spirits, which means to protect their masters from danger, because in some cases, they think ghosts are afraid of scorpions, and most animals fear scorpions. People give scorpions supernatural abilities.

In ancient mythology, scorpion is a symbol of betrayal, death, danger, pain, evil, hatred and devil. Many legends believe that Scorpions are aggressive. He plays the role of a killer, devouring small animals. You will see King Scorpion in cartoons, games or comedies, all because of its deadly tail with stings, especially for small animals and the old, the weak and the disabled. The legend of scorpion in the whole world has something to do with its tail, which is used for defense and has poisonous stings. In Tibet and Egypt, scorpion amulets are used to ward off evil spirits. Isis, the Egyptian goddess of nature, used a giant scorpion as a bodyguard. In ancient times, scorpions were used to guard the gate to the underworld.

The good side of scorpion is greater than its ferocity and evil, which is not difficult to explain why many people choose scorpion pattern as their tattoo pattern. In fact, good or evil, as long as they have their own interpretation, it is suitable for you. 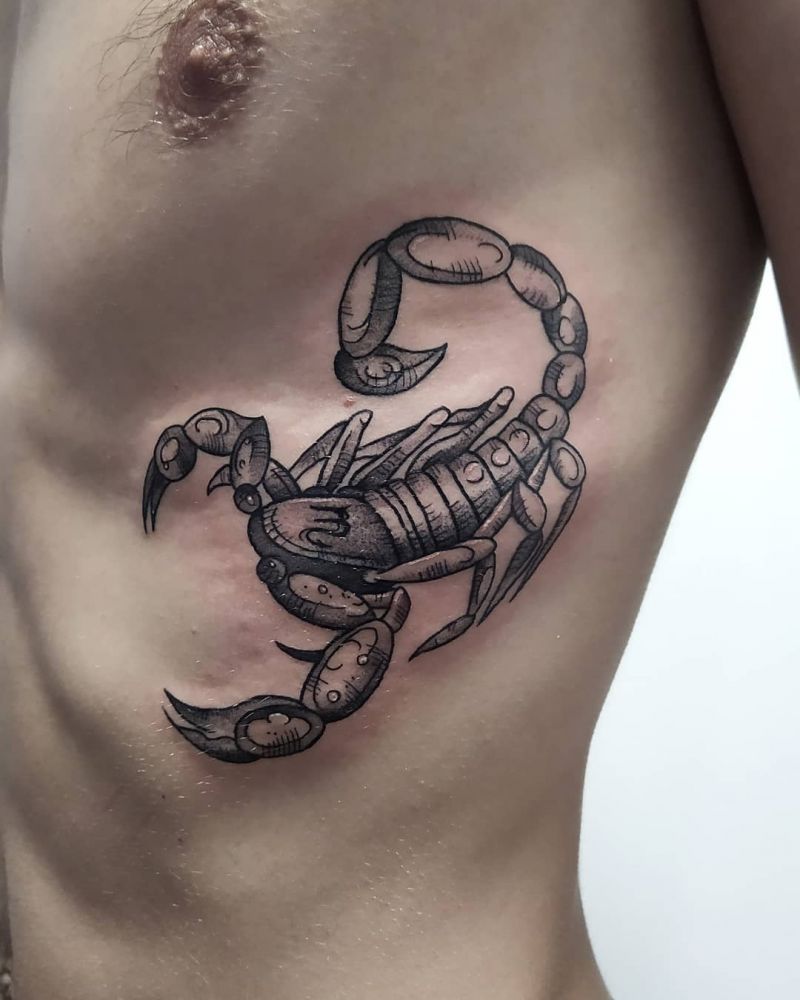