Shamrock tattoo is a popular tattoo element in Europe and America, not only because of its beautiful appearance. Shamrock is one of the representatives of Celtic and Irish ancient culture. It is also the national flower of Ireland. Shamrock and Clover have similar appearance. It usually has three green leaves. In Irish culture, shamrock is not only religious, but also a symbol of luck. Shamrock tattoos are popular with men and women. They look great anywhere in the body.

Shamrock is one of the most popular representatives of Irish culture. Catholics use Shamrock as the representative of St. Patrick. It is believed that saints use this symbol to symbolize the Holy Trinity doctrine of Christianity. Shamrock is also the symbol of St. Patrick’s day, the most important traditional festival for Irish people. On this day, Irish people will wear shamrock, a symbol of luck. 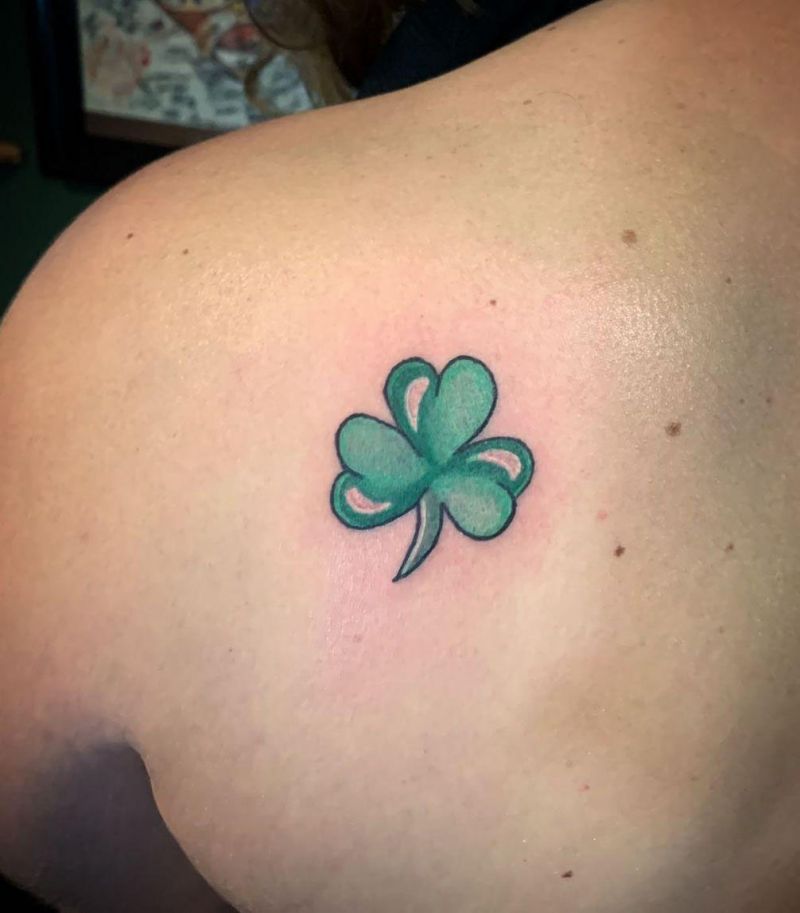