Slayer tattoo is the choice of many people. For those who like metal bands, Slayer is definitely a thunderous name. This band, founded in 1982, has become “big 4” with Metallica, Megadeth and anthrax, which can be said to have influenced a generation. Unlike many bands in the same period, their music does not have those soft love songs or other elements of different styles. They only have fast and deadly metal music.

At the beginning of 2018, the band, which had been established for nearly 40 years, announced that it would be officially disbanded after its last tour. The news broke the hearts of many people. In a twinkling of an eye, the grand farewell finally came to an end. On November 30, 2019, Slayer band held its last performance at the forum in Inglewood, California. The warm-up guests for this performance are also very heavyweights, namely Primus, Ministry and Phil h Anselmo & the illegals. 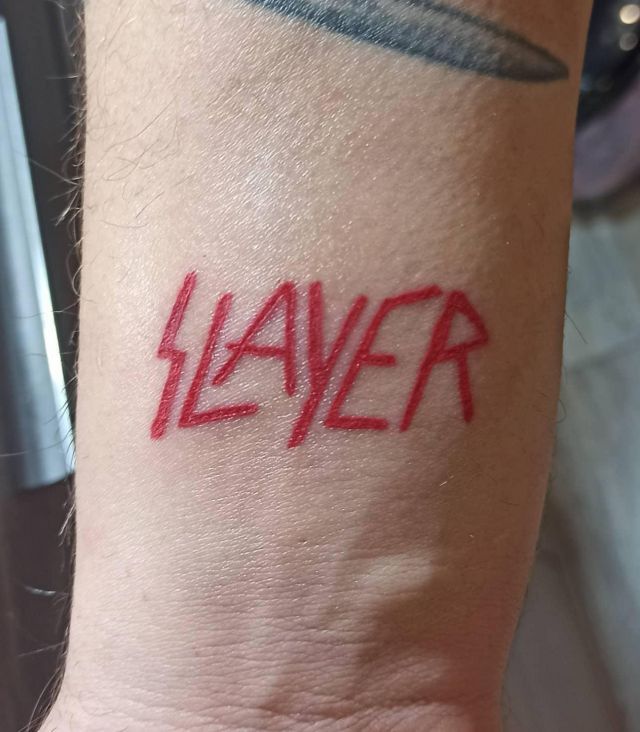