The statue of liberty, known as the symbol of the United States, was painstakingly completed by a famous French sculptor for 10 years. It is said that the appearance is inspired by his mother, the right hand of the torch comes from his wife’s right arm, and the goddess’s ancient Greek clothing and crown symbolize the light of seven continents and four oceans in the world!

What does the statue of liberty tattoo mean? A very European and American style sculpture used in tattoos naturally has a strong European and American color, European faces and European clothes. From the name, you can know that the goddess of liberty is certainly a symbol of freedom and liberation. But how did you get the moral of this tattoo? Originally, the torch held by the statue of liberty in its right hand symbolizes the flame of freedom, the legal books held in its left hand symbolize the declaration of independence, and the shackles and shackles under its feet symbolize people’s desire to break free from tyranny and obtain freedom and equality. 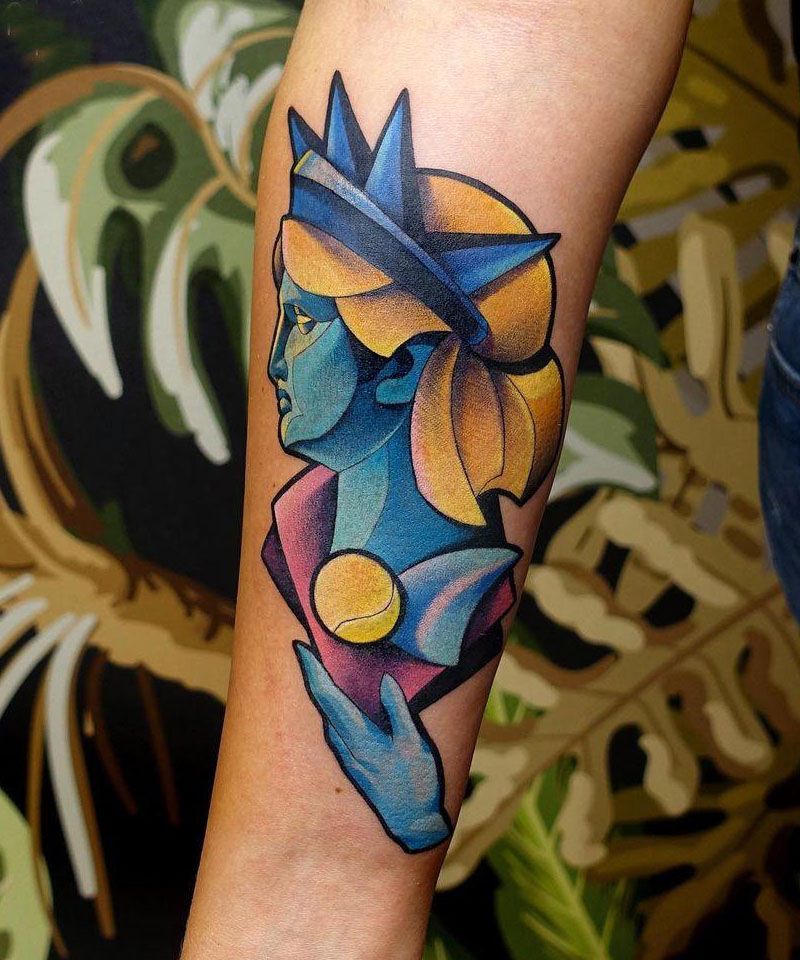