In ancient Greece, the goddess Themis is the embodiment of law and order, is widely considered as the Greek goddess of justice. Therefore, Themis will prove to be an important goddess to guide the operation of society. Even today, the image of Themis, a female goddess with sword and justice scale, lives today. Goddess Themis is a female Titan, a goddess of the generation before Zeus. As Titan Themis is considered one of the 12 children of ournaos and Gaia, with six sons and six daughters.

The image of Themis is a blindfolded woman with a white robe and a golden crown. Put a scale on your knee with your left hand, a sword and a bunch of sticks with your right hand. A snake wrapped in a bundle of sticks, a dog sitting at the foot, a scepter on the desk, a number of books and a skeleton. The white robe symbolizes moral integrity and integrity; Blindfold, because justice depends solely on reason, not on false sense impression; Crown, because justice is incomparable, glory first; Weighing… Refers to discretion fairness, in the face of justice, everyone has its value, no more, no less. 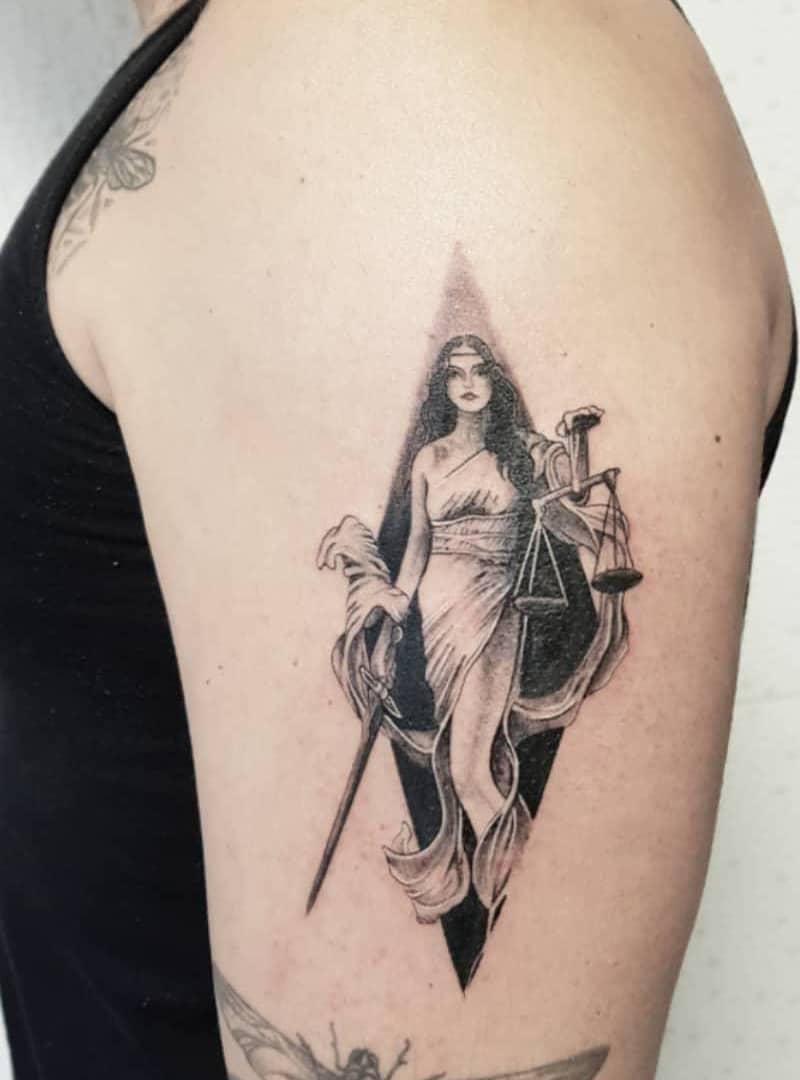