The meaning of snake tattoo is auspicious, lucky and sacred. The snake itself represents the multiple meanings of good luck, longevity and wealth. In many countries, it is considered very auspicious to have a snake at home. The Egyptians believed that the snake was the protector of the monarch. The Pharaoh created the image of Cobra with gold and precious stones and decorated it on the crown as a badge of imperial power.

The frequency of snakes in tattoos is very high, and there is no specific limit on the number of snakes. Today we mainly show you the two snakes tattoo. In the two snake tattoo, two snakes with relativity can be designed, such as one white snake and one black snake, which can express deep philosophical significance. 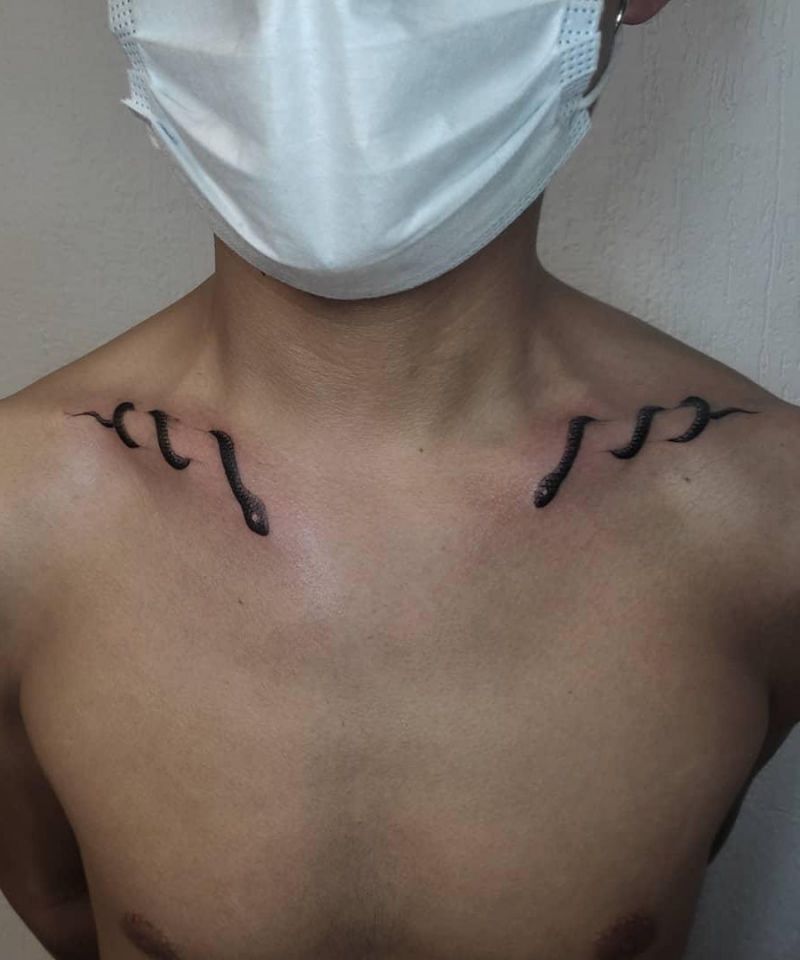