Valknut is one of the very mysterious symbols in Nordic culture. Its name valknut can be divided into two words, namely “valr” means “killed soldier” and “Knut” means “knot”. Together, Valknut is the knot of dead warriors.

It has to be explained here that in history, the triangular symbol in the Viking era was not called this name at first, which is one of the reasons why many scholars debate the meaning of valknut. There are two ways to draw its pattern, one is composed of three interconnected triangles, and the other is a single knot in an infinite cycle.

So what is the relationship between the three triangles or the infinite cycle pattern and the warriors who died in the war? Here we have to mention Odin, the ruler of the gods in Nordic mythology. When Odin learned about the future of the gods at dusk, he established the Valhalla to collect the souls of human warriors who died in battle. “Valr” is the etymology of English “valour”, which will be associated with brave people or great deeds.

Valknut is also regarded as a graphic symbol of the hall of heroes. The three triangles and nine points are regarded as the three layers and nine countries in Nordic mythology, and the state of infinite cycle is the inevitable track of life and death, destruction and rebirth. It refers to the immortality of the warrior’s soul and shows a religious culture related to death. From this point of view, valknut is a symbol of sacrifice and destiny. 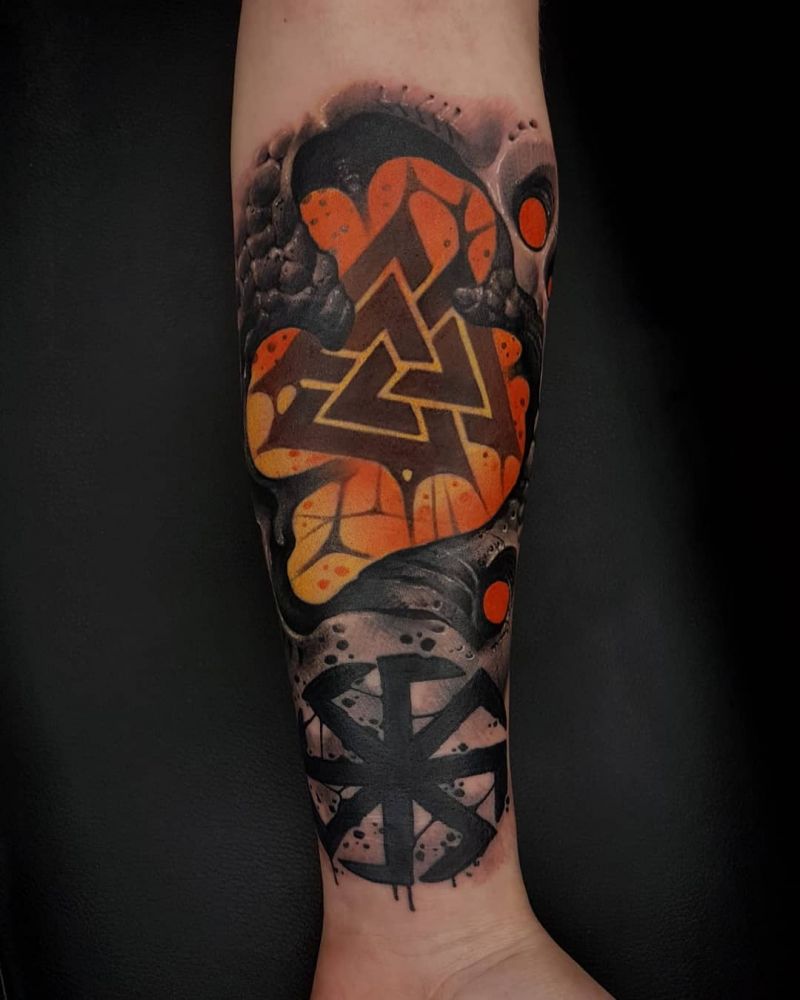