The meaning of Zia symbol tattoo is strong body, clear mind, pure spirit and dedication. The State Flag of New Mexico has a yellow background and a symbol of the sun for the native Zia in the center. The yellow and red colors of the flag are the same as those of the Spanish flag, reflecting the development of the early Spanish Empire in the state.

The Zia sun symbol in the center of the flag contains four rays of light, which comes from the fact that the family believes that four is a sacred number, because everything in the world often appears as a four in one: for example, spring, summer, autumn and winter, four seasons, East, West, North and south. 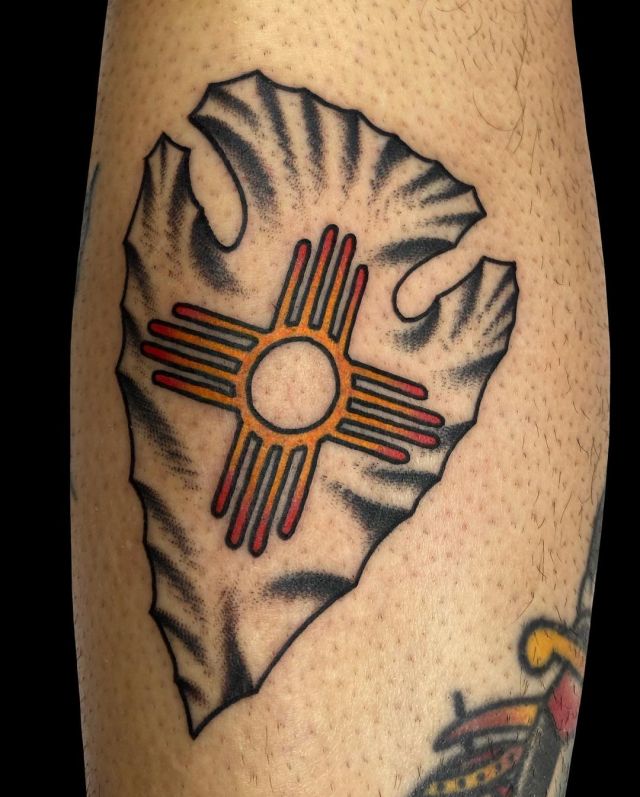