Diamond should be regarded as one of the most favorite things in the world. The charm of diamond is irresistible for both men and women, because this bright thing represents not only wealth and status, but also dignity and purity. India was the first country to discover diamonds, but Africa is the most abundant country in the world today. Diamond is priceless, so there is such a saying: Diamond forever, a forever! Such a precious thing is not available to everyone, but diamond tattoos can be popularized.

No matter when the diamond is shining, it has won the love of human beings. Not only that, it is regarded as a symbol of love by human beings. Diamond is pure and without impurities, just like a pair of lovers in love, honest with each other, without a trace of concealment. Because of the hardness of the diamond, it is also a metaphor for two people in love. So the diamond tattoo pattern has eternal and loyal tattoo meaning.

One thing about diamonds is very interesting. When the lava rushes out of the earth’s surface with diamonds that have not yet been formed, it forms a cone-shaped lava hill on the earth’s surface, and then it takes one or two million years of wind and rain, heat expansion and cold contraction before it is gradually eroded and flattened to the same height as the surrounding ground. So hard appearance is not formed in a day. It takes such a long war and such a hard journey to form a quality that nothing else can match. At the same time, it also reflects another moral of diamond tattoo: if you want to get a bright life, you have to bear many hardships. 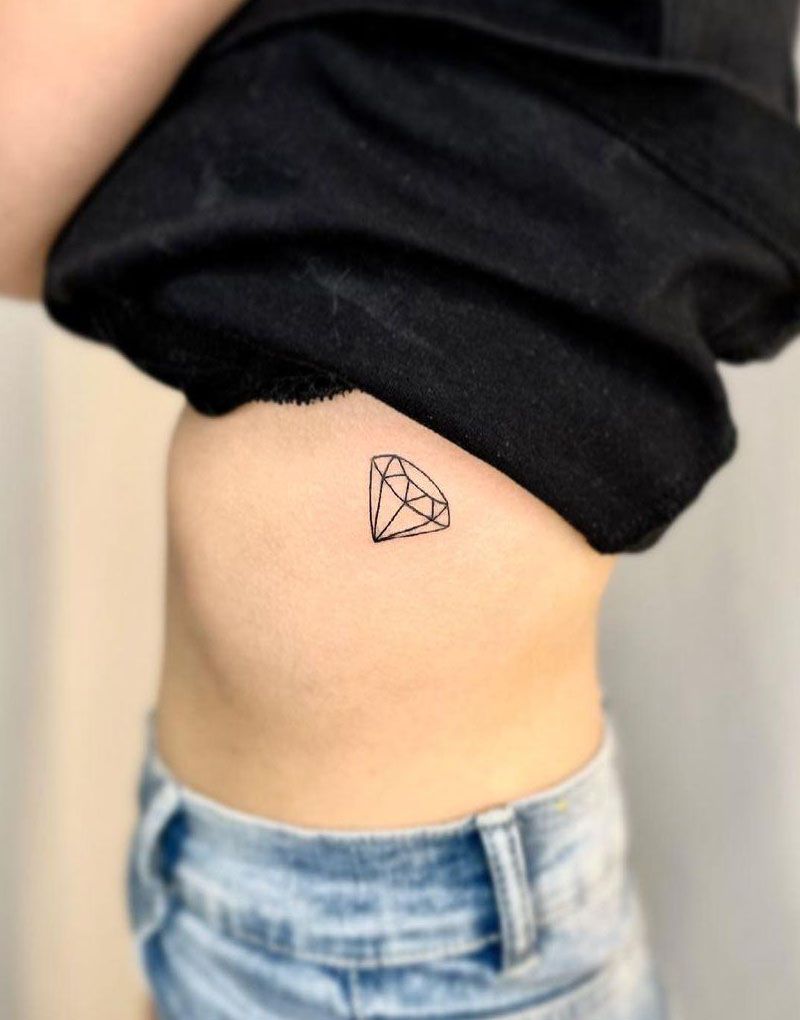