Fan is a common item in life, especially in summer. It can bring us a trace of coolness in hot summer. In tattoos, fan is also a common tattoo theme. The patterns of fan tattoos are different, which will integrate many different design elements, and will be tattooed in different parts, such as arms, back, legs and so on.

Fans have been with us since ancient times. However, with the continuous improvement of living standards, fans have become a scarce thing. Therefore, many tattoo lovers tattoo this “endangered species” on their bodies, just like an inheritance of ancient culture. There are many kinds of fan shapes in life, such as folding and banana fan.

Combining the scenes in life with tattoo art is not only a habit, but also a special “style”. A woman held a paper fan in her hand and covered her cheeks, just like a lady in a big family. This is a common technique in Japanese tattoos. There are many themes commonly used in Japanese tattoos, such as cherry blossoms, black waves, lotus and so on. 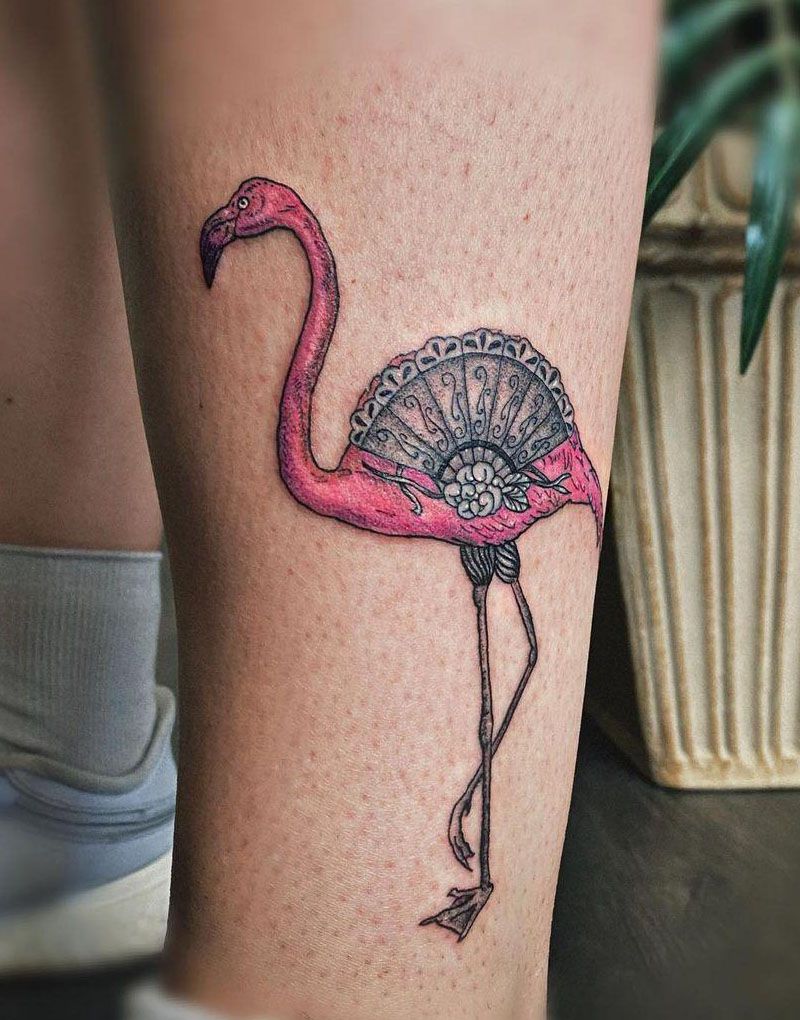