Fleur De Lis tattoo means the French royal family, noble and sacred. The French love iris most, and they call it the “national flower”. The national emblem of France in history has also been painted with the pattern of iris. At that time, the iris emblem was the symbol of the power of the French royal family. The seals and coins of all dynasties, the king’s robes, crowns and scepters were decorated with the Fleur De Lis.

Fleur De Lis symbolizes the French royal family and is also the symbol of Florence, Italy. Iris is called because its petals are shaped like the tail of an iris. Its generic name iris means “Rainbow” in Greek, which means rich colors. The earliest prototype of the Fleur de lis appears on the coins of Gaul. Today, we input “iris” on our mobile phone, and the Fleur De Lis also appears in Emoji’s expression. 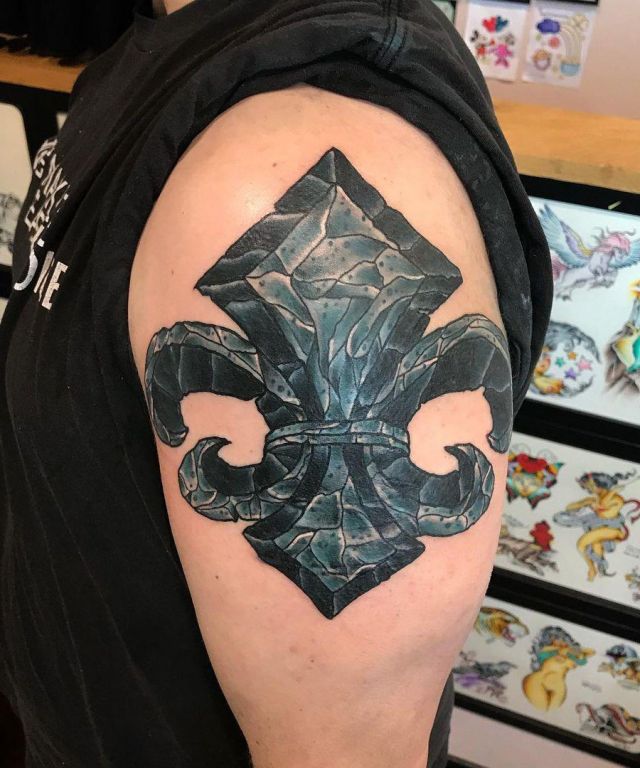