Still I rise tattoo means democracy and power. Still I rise is a masterpiece of Maya Angelou’s poetry. It is another monumental work of African Americans fighting for civil rights after Martin Luther King’s I have a dream.

Maya Angelou is the most dazzling black female writer and poet in American literature. Her famous work is an autobiographical novel named I know why the cage bird songs. In 1993, she was invited to recite the poem on the pulse of the morning at the inauguration ceremony of US President Bill Clinton, thus becoming the official poet following Robert Frost in American history. 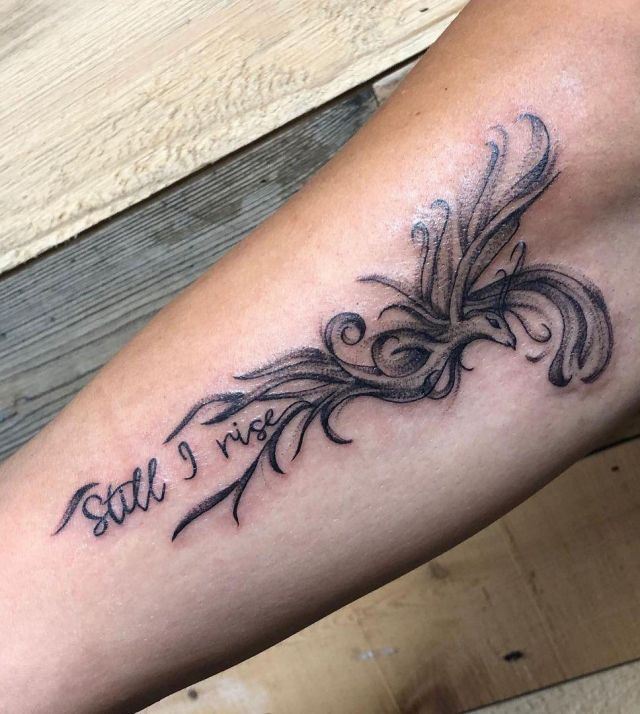