The hand, especially the right hand, had a special symbolic significance long ago. More than 2400 years ago, Sumerians and Assyrians used to express their gods with their hands. In Christianity, there are also the “hand God” which is specially blessed and punished. In the court ceremony of Byzantine, hand is a symbol of reverence. Before sacrificing, Catholic priests always wash their hands, which means washing away the sins.

In modern society, the symbolic meaning of hand has not been reduced, but it has increased and increased. The most used is to swear and swear, to touch the heart with your hand, or to raise your right hand to show the determination of a person. In the collective sports such as football, basketball, volleyball, athletes often have to gather before the start of the game, and several or more hands “interweave” together, indicating their determination to win.

In business, in diplomatic occasions, handshake has its special meaning, or it means that the business is negotiated, the agreement has been signed, or the negotiation is successful and the relationship is improved. Of course, there are also two sides of the stage handshake and kicking under the stage. In short, hand has its writing and doing images, and the “practical significance” of creating concrete achievements, but also its “abstract meaning” of creating intangible wealth.

Most people miss the past more and more. Time can always be well recorded. From the earliest cameras to today’s tattoos, they are all the most beautiful time recorders. It is the most popular way of tattoo in Europe and America to carve Handprints into tattoos and keep them permanently. 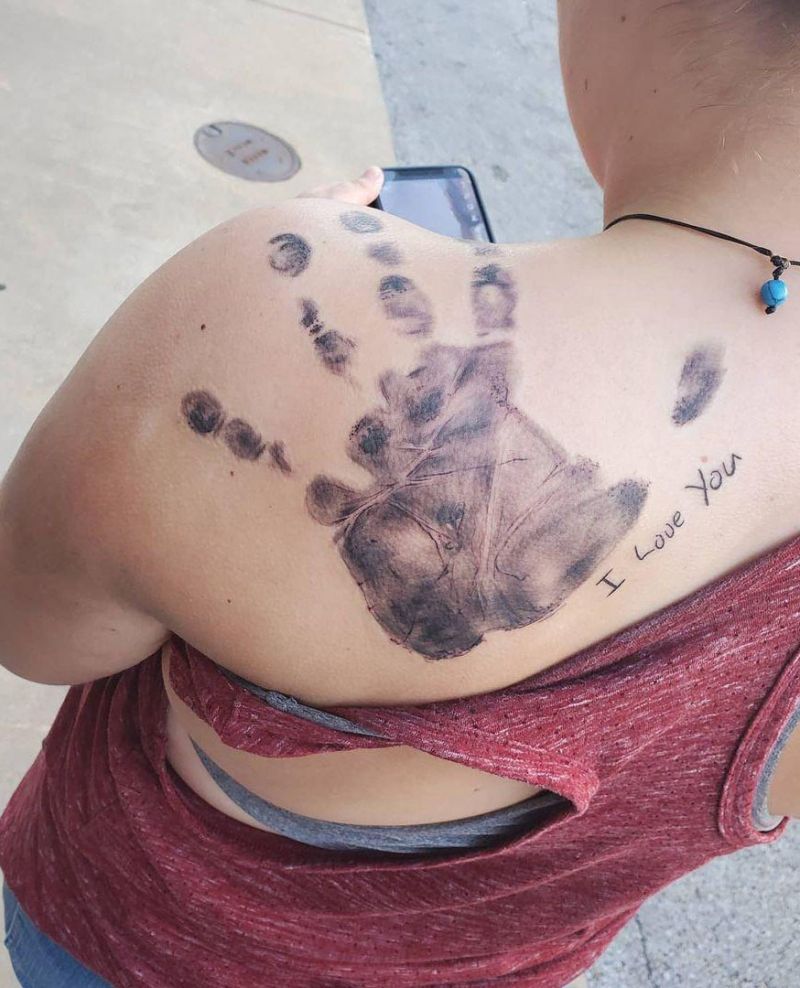