For the helmet, many people first think of an object to protect the head, but in Chinese and Western culture, the helmet can be regarded as a symbol of samurai. In tattoo art, the expression of helmet tattoo is the most cool among Japanese samurai and ancient Greek Sparta. Therefore, the choice of helmet tattoo is generally dominated by men. It not only has hegemony in itself, but also adds male charm to you.

Japanese traditional tattoos always give people a unique color, but in the tattoos of Japanese samurai, they will mainly show the domineering side of samurai. Skeletons with helmets are common, which makes people afraid. This is a tribute to the battlefield culture, and it has high artistry. For people who like domineering, this type of tattoo is a good choice.

Helmets were not just tools used to protect the head in ancient battlefield. In addition to wrapping the whole head, it also has exquisite decoration on the helmet. It can be said that the helmet is also a symbol of identity. Helmet, shield and spear are the most classic representatives of Spartan warriors. Shield represents protection, spear represents courage, and helmet is a symbol of honor. Only recognized Sparta can wear helmet to defend the country. The Spartan helmet symbolizes the spirit of Spartans and never gives up. Even when they are about to fail, Spartans never give up and fight to the end. Its helmet symbolizes its admirable spirit. 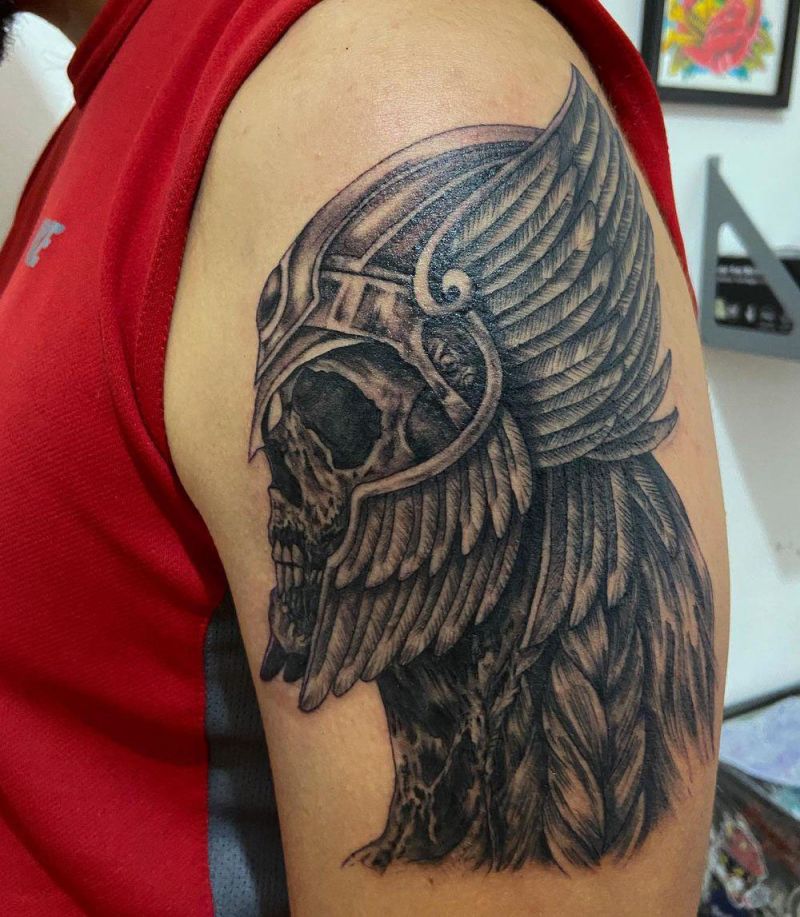