Among the lions, female lions are the main hunters. When hunting, they are always carefully close to the target, use all possible barriers to hide themselves, approach the prey to a range of more than 30 meters, and then suddenly and quickly pounce on the target. The lioness clings to the prey during the run, and then bites the prey’s neck until it suffocates to death. At this time, the other members of the lion flock together.

Male lions are too big to hide. They are mainly responsible for patrolling, dividing territory, marking, driving away other large predators and protecting the lion group every day. If the male lion in a group is killed or defeated, the young lion in the lion group is basically dead. When killing giant herbivores such as adult giraffes, it is impossible to succeed without the participation of male lions.

This is the life style of the lion group. The hunting is mainly undertaken by the Lioness, and the male lion is mainly responsible for protecting the lion group. Sometimes he also participates in hunting, especially killing large animals. Today I collected a lot of lioness tattoos. I hope these tattoos can make you feel the strength of the lioness. 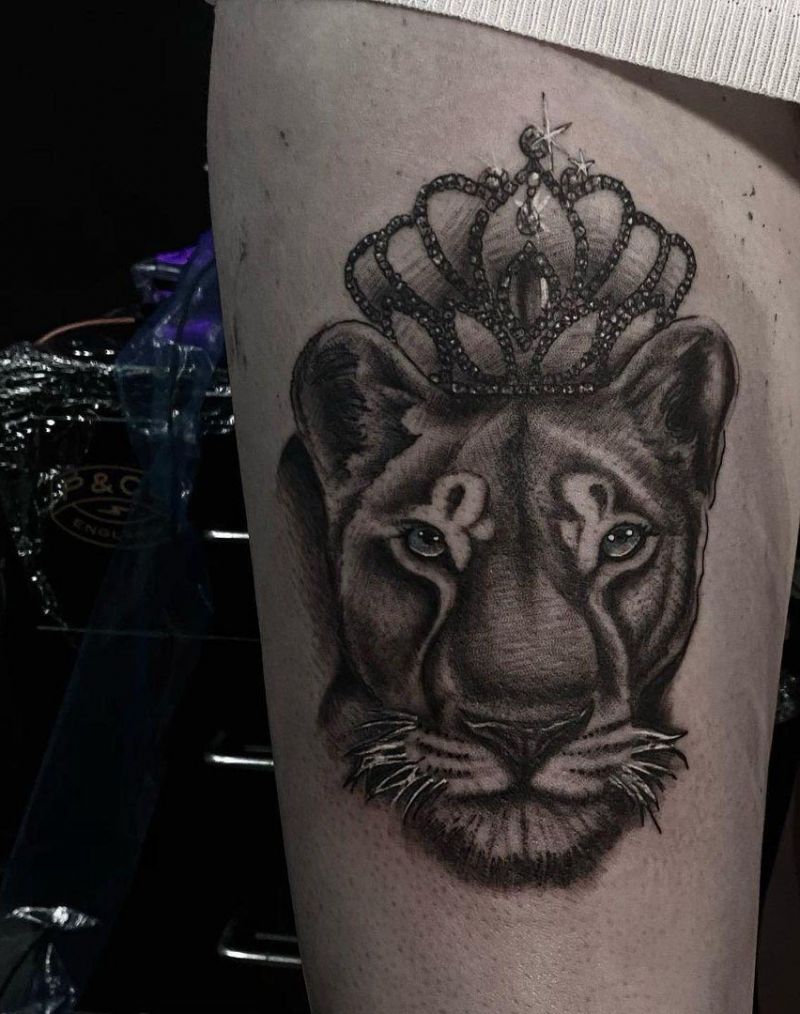