Pentacle is not only an ancient religious and witchcraft symbol, but also a spiritual symbol in many cultures. It is considered to be the representative of the five elements made by human beings, namely fire, water, air, earth and spirit (also known as love, wisdom, knowledge, law and power). Pentacle was regarded as a symbolic symbol in ancient Greece and Babylon, and was regarded by many witchcraft lovers as a symbol of faith, similar to the Christian Cross and the Jewish Star of David. Pentacle tattoo is a popular tattoo element in European and American countries. They believe that Pentacle can be used to defend against evil.

The statements and stories about Pentacle are concentrated in foreign culture, and the pentacle symbol does not have much meaning in Chinese culture. Pentacle is one of the most lasting and greatest symbols in history. It appears in almost all ancient cultures, whether Egypt, Greece, Babylon, India or Maya. Mysterious icons are considered to have multi-layer symbolic significance.

In the early days, Pentacle was a cuneiform invented by the Sumerians. It was considered to be five corners. Later, felicilez created a cosmic idea. “Five corners” is the place where the seeds of Cronus, the second generation king of gods in ancient Greece, were placed in the earth for the emergence of the universe. 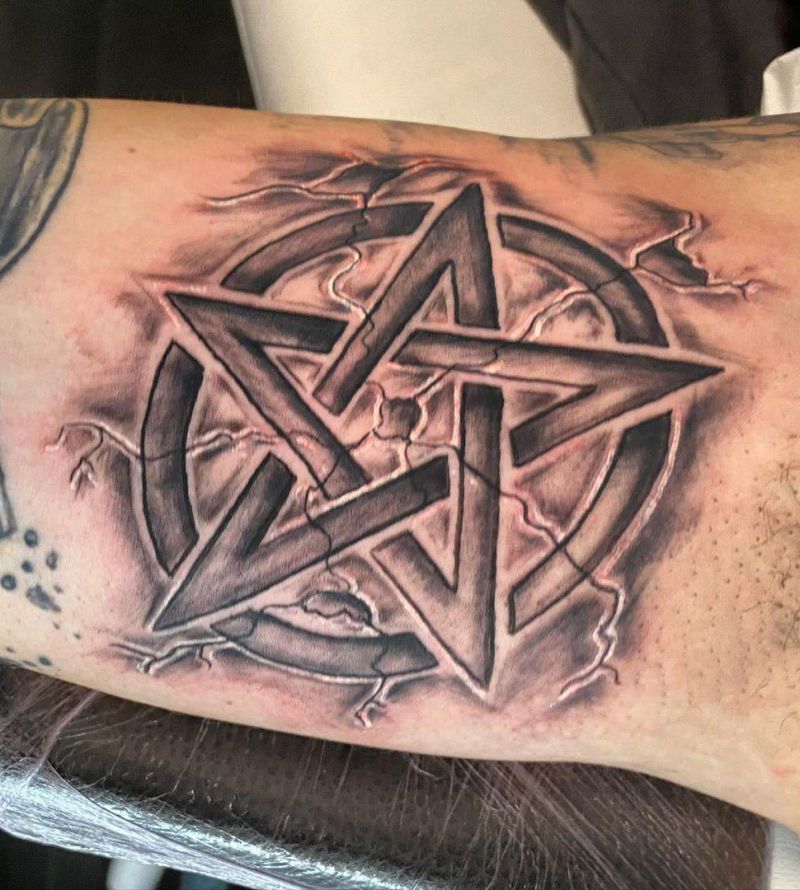