The meaning of Peter Pan tattoo is always young and never-ending passion. Peter Pan is a novel written by James Matthew Barrie (1860-1937), a Scottish novelist and playwright. The story was originally a stage play. The author fictionalized the script and published it in Britain and America for the first time in 1911. The original name was Peter Pan and Wendy.

The novel tells the story of Peter Pan, a naughty boy who can fly, and his adventure on Neverland. Wendy darling and her two younger brothers, Tinker Bell and lost boys, are accompanied by him. A group of Pirates led by Captain Hook are their biggest threats. 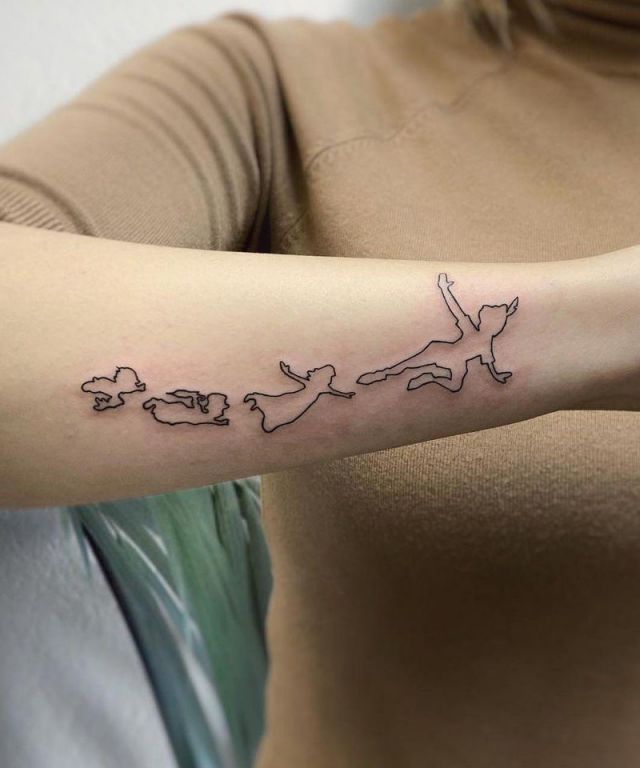