Friends who like to watch large movies in North America will not feel strange to Poseidon, the God of the sea. This western God is very famous in eastern China. Today we are going to introduce Poseidon, one of the twelve main gods in Greek legend. Tattoo themes are diverse and inclusive. I don’t know when Poseidon tattoo has gradually entered the public’s vision and gradually become one of the mainstream tattoo themes. So why is Poseidon tattoo more and more popular among tattoo lovers?

Poseidon is the sea god in ancient Greek mythology and one of the twelve main gods of Olympus. It is also the God in charge of horses. It is said that he gave mankind the first horse. His horse is a golden chariot driven by a white horse. He is the brother of Zeus and the brother of Hades. When Poseidon is angry, sea monsters will appear in the sea. When he swings his trident, he can not only easily set off huge waves, but also cause storms and tsunamis, sink the mainland and break heaven and earth, smash everything, and even cause a big earthquake. When his chariot runs on the sea, the waves will become calm, and dolphins will follow around. Therefore, Greek sailors and fishermen near the Aegean Sea worship him very much.

In the later period of the Roman Empire, Roman gods corresponded with Greek gods. The Roman god corresponding to Poseidon is Neptune, and the Latin name of Neptune originates from him. Poseidon and his brothers United when they were young and overthrew the cruel rule of their father, the former God King Cronus. According to the distribution of Zeus, Poseidon became the God of the sea and took charge of all waters, second only to Zeus. 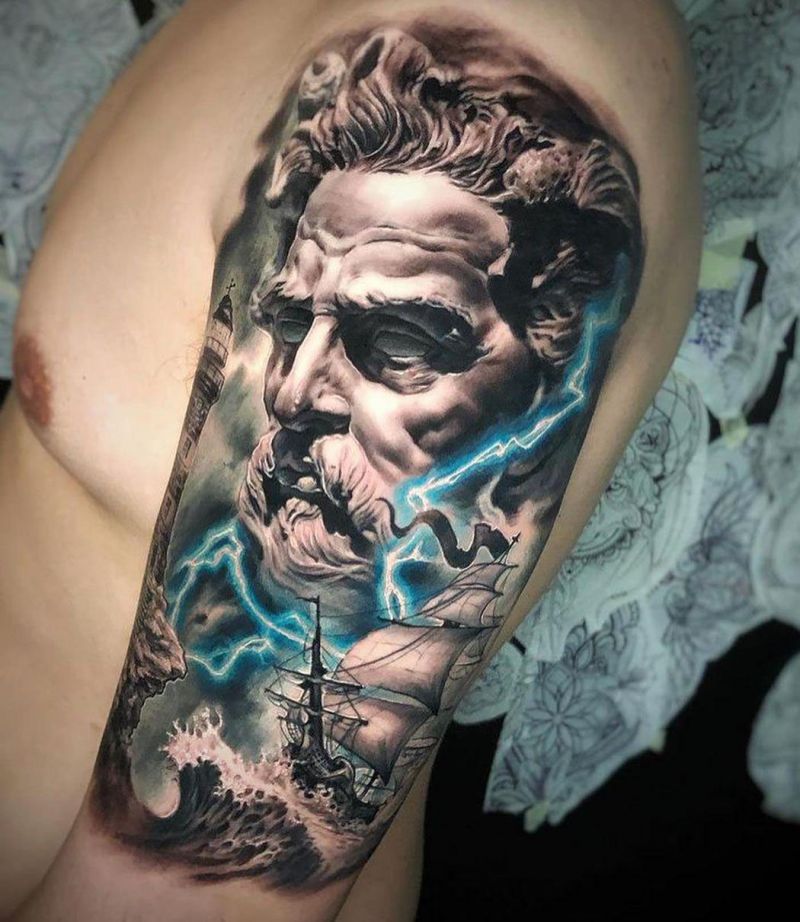