Punisher tattoos are favored by some people. The punisher’s skull, a ghostly white skull with infinitely extending teeth, is usually painted on a dark background. Its popularity in the United States can rival that of the captain’s Shield of the United States. T-shirts, mugs and even socks can be seen everywhere. Many American soldiers and police prefer to use this totem to tattoo and doodle.

he punisher, a famous comic character under Marvel comics, is a dark hero similar to Batman. This character first appeared in spider man. When he made his debut in 1974, Punisher’s cruelty and bloodthirsty made him an anomaly in the mainstream American comic books. By the late 1980s, the punishers had become part of the anti hero wave. 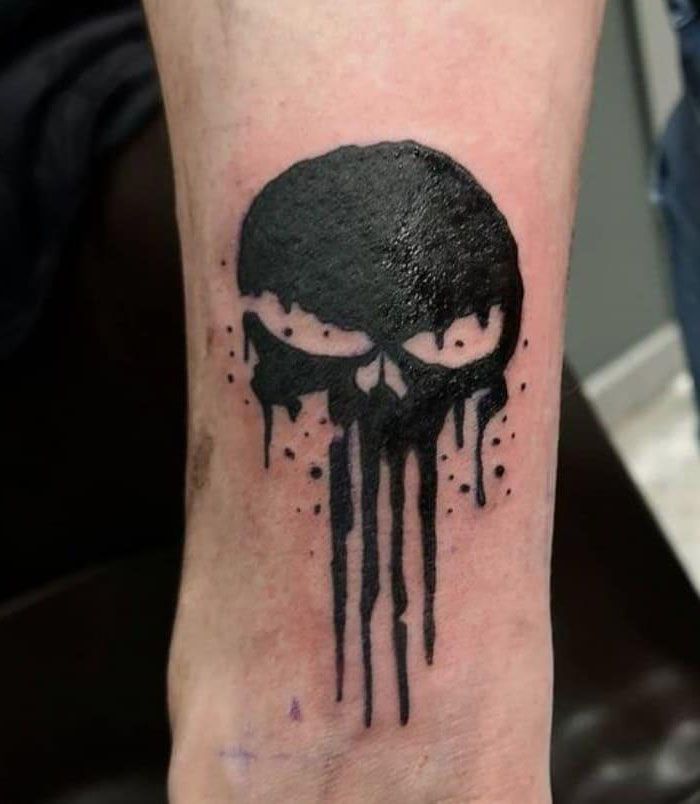