In the life of Jesus Christ, especially in his suffering and death, he appeared paradoxically in the image of lion and lamb. He appears as a lamb in the hand of a cruel enemy, like a lamb in the claw of a roaring lion, between its jaws. On the death of the cross of Christ, when he was brought to the slaughter like a sheep, we saw the lion destroy the glorious power of his enemies. Christ’s greatest weakness is his greatest strength.

In the present scene of Christ’s ascension to heaven, we also see the attributes of lion and lamb! In his rise, he showed the excellence and power of a great lion, but he was still a lamb. Although Christ is at the right hand of God, as the king of heaven and the Lord of the universe, he still has human nature and greatly surpasses in humility! 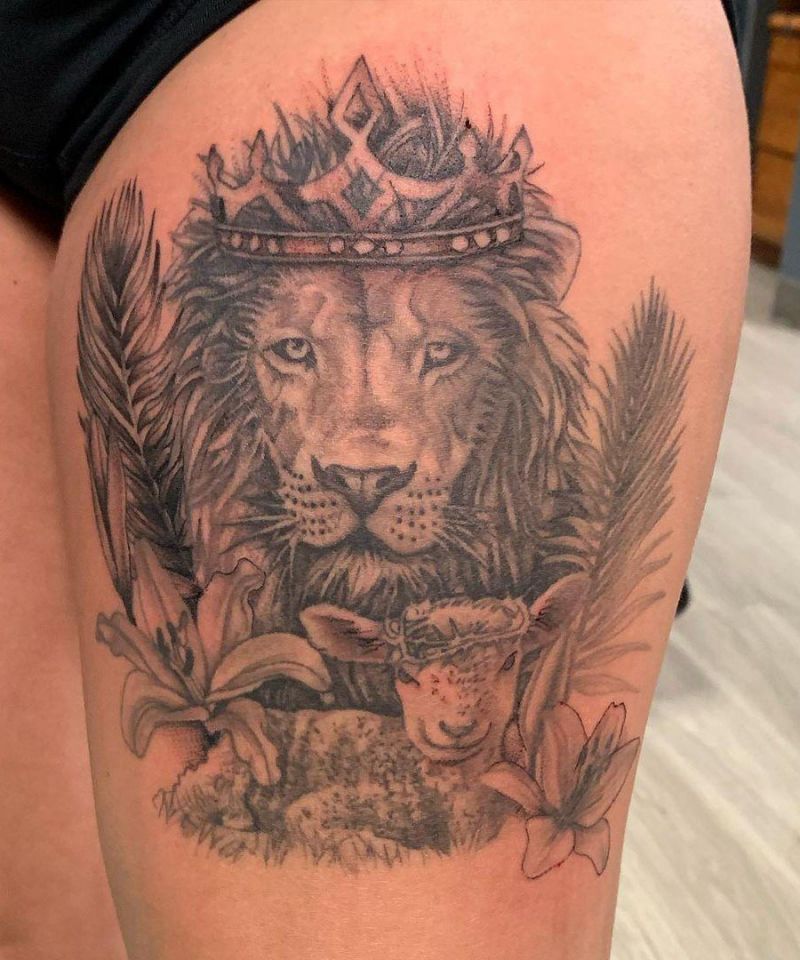