In western culture, rhinoceros was mistakenly regarded as a unicorn by ancient Greeks. After the Greek historian ctesias described his encounter with Indian rhinoceros, his audience mistakenly believed that he was describing a mythical unicorn. Therefore, Westerners believe that the legendary mythical creature, unicorn, evolved from rhinoceros.

Rhinoceros also has a place in religion and mysticism. The Buddhist scriptures in Buddhism point out that in order to achieve enlightenment, people should wander like rhinoceros, so as not to succumb to violent slander and hurt another creature. In medieval Nepal, rhinoceros horns were used to make curved handles, believed to ward off evil.

Whether you like rhinoceros tattoos because they evoke a strong sense of masculinity or because they are associated with some cultures, you can’t deny the awe inspiring beauty and power of these animals. Rhinoceros tattoo has a variety of shape design, about its size and color, such as lines, geometry, cartoon, sketch and other design techniques, this kind of tattoo is usually liked by men.

Although rhinoceros Tattoo is more popular with men, if women want to have such a tattoo, the small design is a good reference, and the simple design makes this animal very cute. 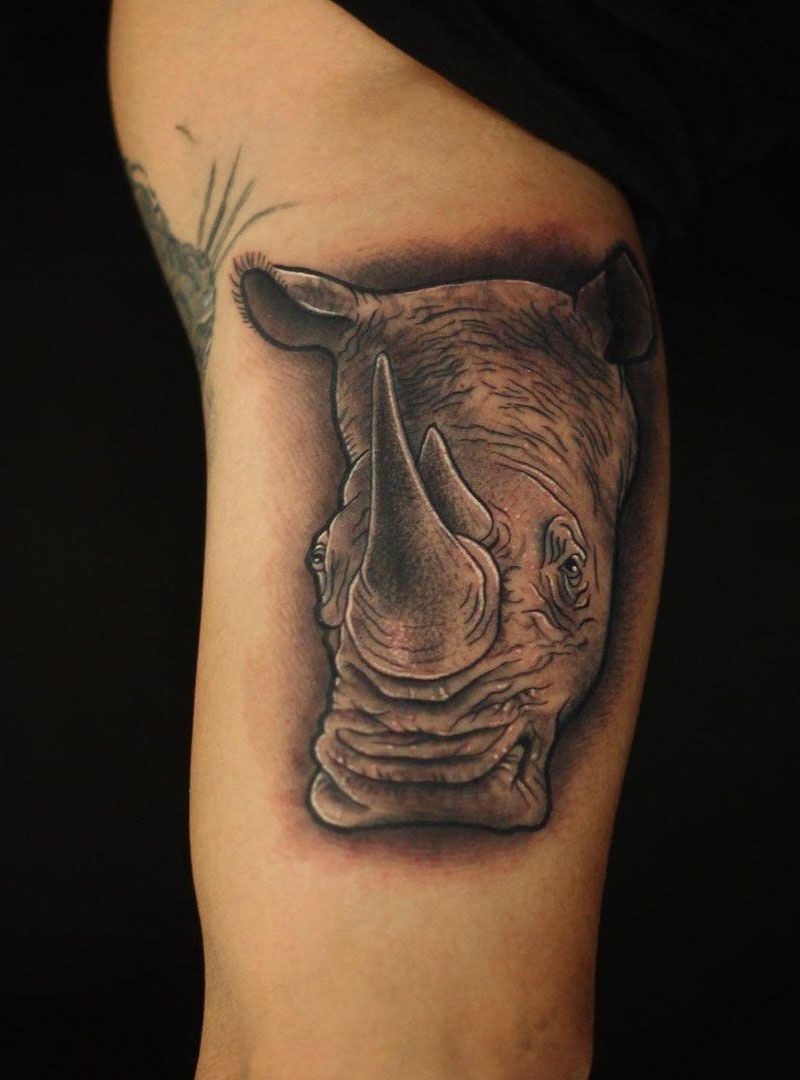